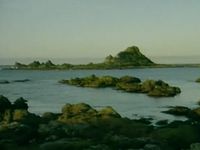 An immigrant nation. The unbroken thread by NZonScreen

You can find the video here

The Wellington suburb of Island Bay is sometimes called Little Italy, thanks to the many Italians who have moved there. This episode of Immigrant Nation is based on interviews with Italian migrants to the suburb - from the woman who remembers the time during World War II when locals stopped talking to her, to the young man feeling "a magnetic pull" back to Italy. Although Italian fishing boats are now rarely seen in Island Bay, old traditions live on; and one woman talks about the responsibility of carrying on Italian traditions and culture into the future. ​ ​