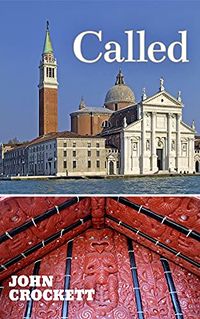 Historical novel by John C. Crockett, the translator of History of New Zealand and its Inhabitants and A Deserter's Adventures by Dom Felice Vaggioli (1845–1921). Vaggioli was one of the first Benedictine monks to be sent to New Zealand, where he worked from 1879 to 1887, in Gisborne, Auckland and the Coromandel.

Although Called is a fiction novel, it is based on real events, as John C. Crockett explains:

"Many years ago I came across in Fr Ernest Simmons 'History of the Catholic Church in New Zealand' mention of the fact that Bishop Pompallier had taken two students from New Zealand to complete their studies in Rome at Propaganda Fide College, near the Piazza di Spagna. The Māori student was Keremete Pine and the Pakeha (white) student Michael Field. The latter died of malaria in Rome and Keremete was returned to New Zealand as he was regarded 'non idoneus' (unsuited) to continue priestly studies. I was intrigued by this brief entry, wondering how both those students would have experienced being taken half a world away from NZ and deposited in mid nineteenth century Rome, in a completely different and alien environment. So I decided to write a novel about them.

I went to the Catholic archives in New Street Ponsonby and Bruce Bolland the archivist showed me the material they had on them which, unfortunately apart from a couple of photos and a few entries, wasn't very much. As I was mulling over what to do, he then showed me Vaggioli's History of NZ and asked me if I would be interested in translating the two volumes. I dropped the novel project and started work on the translations. I obtained a research grant from the Government to go to Italy. At Praglia monastery near Padova I was shown Vaggioli's autobiography which included an account of his time as a missionary in NZ. I translated the NZ section which was published with the title A Deserter's Adventures by Otago University Press, along with History of New Zealand and its Inhabitants.

A few years ago I returned to the novel project which had originally inspired me. Parts of the novel are based on historical fact, but the weaving of Vaggioli into the narrative is purely fictitious. However, a lot of the Vaggioli references are sourced from his autobiography and according to a prominent Māori source I interviewed for History of New Zealand and its Inhabitants, Vaggioli was in fact Noa Huke's scribe to European authorities. So in a sense the novel is a blending of the two narratives into a new largely fictitious whole. Keremete did not commit suicide, as I portray in the novel, but he did return to NZ in disgrace. He did not become a priest but he did return to his ancestral home in Okaihau, Northland. I understand that he married and had children."

Called is available as an ebook on Amazon.