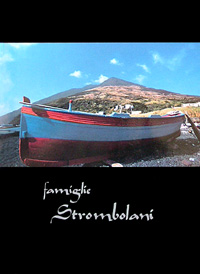 Violent eruptions like the sea quake in 1930 which generated 30-metre waves and a decline in the island's economy have sent periodic waves of its people - 'Strombolani'- to many countries including New Zealand.

Wellington has had its own community of Strombolani for about 100 years. In 2000, the Wellington descendants of the immigrants from Stromboli, one of the Aeolian Islands, held a festival to celebrate their heritage. This led to the creation of a book chronicling their stories, Famiglie Strombolani, which was published the same year.

The 176-page book features stories and photographs on the following families: